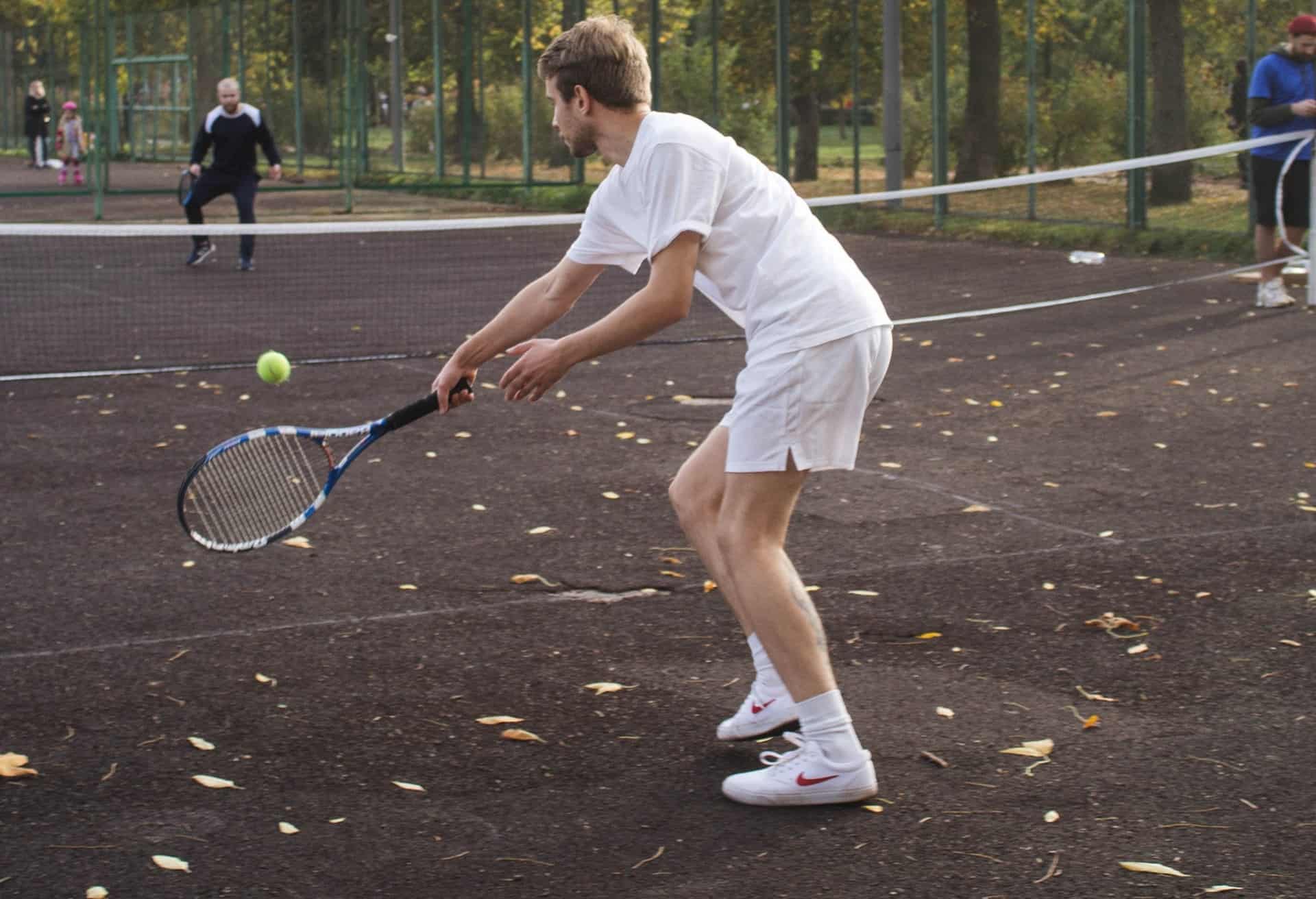 A pusher is a tennis player who relies on defensive skills and quick reflexes to return balls that their opponents hit. They are not as aggressive as other players, preferring to stay back and wait for the right opportunity rather than go for winners.

This can make them frustrating opponents to play against since they can be very difficult to beat. Interested to know more about what is a pusher in tennis and how to beat a pusher player? Check out this article!

A Bit More about What is a Pusher in Tennis

In tennis, a pusher is a tennis player who lacks power and relies on consistency and defense to win matches. Pushers do not have the ability to hit winners with any regularity and instead rely on their opposing player making mistakes.

While this playing style can be effective, it is often seen as negative and boring by both fans and players. Pushers can usually frustrate more powerful players, but their lack of firepower means they cannot win major tournaments.

In recent years, there has been an increase in the number of pushers on the professional tour, as players have become more aware of the benefits of this playing style. However, many purists believe that tennis should be about attacking and that pushers are harming the sport.

How to Beat a Pusher in Tennis

The key to beating a tennis pusher is to be patient and wait for them to make a mistake. Pushers are often content to play long rallies and will not take risks, so you need to be the one who forces the issue. Be an aggressive player and go for winners when you have the opportunity. Pushers will eventually make mistakes, so you need to be patient and wait for your chance.

If you are struggling to beat a tennis pusher, then you can try the following tips and strategy:

One of the effective strategies to beat a pusher player is to target their backhand. Pushers often struggle when they are forced to hit backhands, so this is an area that you can exploit. Try to hit the tennis ball to their backhand side and see if they can cope with the pressure.

Make Them Come to The Net

Another way to beat a pusher in a tennis match is to make them come to the net. Pushers are often very comfortable at the baseline and will not venture forward unless they are forced to. By making them come to the net, you can take away one of their main strengths. Try hitting the deep shot and see if they can come up with a good volley. Sometimes a drop shot and short ball may also help to beat them.

Vary the Pace and Spin of Your Shots

Another tip to beat a pusher is to vary the pace and topspin of your shots. Pushers are often very good at reading shots and will know exactly what you are going to do next. By mixing up the pace and spin, you can catch them off guard and force them into making mistakes.

The final tip is not to follow their style of play. A pusher opponent is typically content to play long rallies and will often make you do all the work. Instead of following their lead, be the aggressive player and take control of the rally. Go for winners when you have the opportunity, and don’t let them dictate the pace of the match.

Pushers can be frustrating opponents to play against, but if you follow these tips then you should be able to come out on top. So next time you are struggling to beat a pusher, remember to be patient, aggressive and vary the pace and spin of your shots. Good luck!

There are a number of pushers on the professional tour, but some of the most notable players include:

One of the greatest pusher in recent years, Gilles Simon, is the name a lot of us will remember when thinking of a pusher.

A former world number 6 (7 November 2016), Gael Monfils is one of the players who sometimes gets labeled as a pusher.

David Ferrer was an aggressive player, who won the Davis cup three-time and a variety of tournaments sometimes playing a pushing style of tennis.

Although Pusher is not the best term to describe Andy Murray, he has been known to play a more defensive style of tennis at times.

While there are many pushers on the professional tour, these are some of the most notable players who have had success using this playing style.

Pusher vs Pusher – Who Will Win?

When two pushers play each other, it can often be a very tedious match. Both players will try to outlast the other, and there are often very few winners. It can be tough to watch as a spectator, but it’s even harder to play in.

Here is an interesting video on what happens when two pushers (Gilles Simon and Gael Monfils) play each other:

How Do I Stop Being a Pusher in Tennis?

If you find that you are starting to develop a pusher-like playing style, then there are a number of things that you can do to change it. Here are some tips:

Try to be More Aggressive

One of the main things that pushers lack is aggression. They are content to play long rallies and wait for their skilled opponents to make a mistake. Instead, try to be more aggressive and take control of the rally. Look for opportunities to come to the net and finish the point.

A big part of being a pusher is not having a strong serve. This allows the pusher opponent to dictate the rallies and put them on the defensive. By improving your service, you will be able to take control of the point from the very beginning. Practice serving with power and accuracy, and try to mix up your serves to keep your opponents guessing.

Work on Your Footwork

Pushers tend to be slower around the court and struggle to reach balls that are hit deep. This is why it is so important to work on your footwork. By improving your movement, you will be able to reach more balls and put yourself in a better position to win the point.

We hope that this article has helped you to understand what a pusher is in tennis. While they can be frustrating opponents, there are a number of things that you can do to beat them. Following the tips in this article, you should be able to come out on top the next time you play one. Thanks for reading!

Do you have any other tips for beating a pusher? Let us know in the comments below!

“Tennis Monitor is a participant in the Amazon Services LLC Associates Program, an affiliate advertising program designed to provide a means for sites to earn advertising fees by advertising and linking to amazon.com.”